And Then There Were Three

The first was an encouragement to live in the same way as the One who created me, the second a reminder of my identity as His adopted son and fellow heir to His infinite domain, and the third comes as both a reminder and an encouragement.

Sunday afternoon, I lay on my stomach for one hundred five consecutive minutes as needles shot in and out of my skin, rapidly leaving behind deposits of ink inside me much like a myriad of minuscule oil wells drawn together to form a stream, which, when seen from above, appears to significantly complete the outline of a particular image. The image itself is what holds the importance, not its black river of a skeleton.

The motto of spoken word artist Levi the Poet, perhaps my greatest writing inspiration, is “Three in one, be the breath in my lungs.” It is a cry to the triune YHWH to be the source of life and love within him—to be his unending focus, passion, desire. Levi’s logo mirrors this mantra with three droplets beneath a set of bronchial tubes. This symbol and its meaning form the foundation for my newly acquired branding both figuratively and literally.

In a poem entitled Rainy Weather, Levi writes, “ . . . me and my imaginary girl sat beneath that weeping willow tree and watched God’s teardrops drip from the branches reaching out to me till we were anything but lonely.” The picture painted in my mind by his words, though separated from the intended meaning and context of Levi’s poetry, has essentially become the canvas for me to paint my own meaning and context.

Two silhouettes, a boy and girl, lean against a weeping willow. The boy represents myself, while the girl is my future wife—the beautiful person I will have committed to chasing after, actively loving, and tirelessly pursuing for the remainder of my time here on this earth. Their rest is found in a tree whose roots are firmly grounded in Levi’s plea to be wholly consumed and invigorated by the Creator, Ruler, Savior, and Lover of the universe. 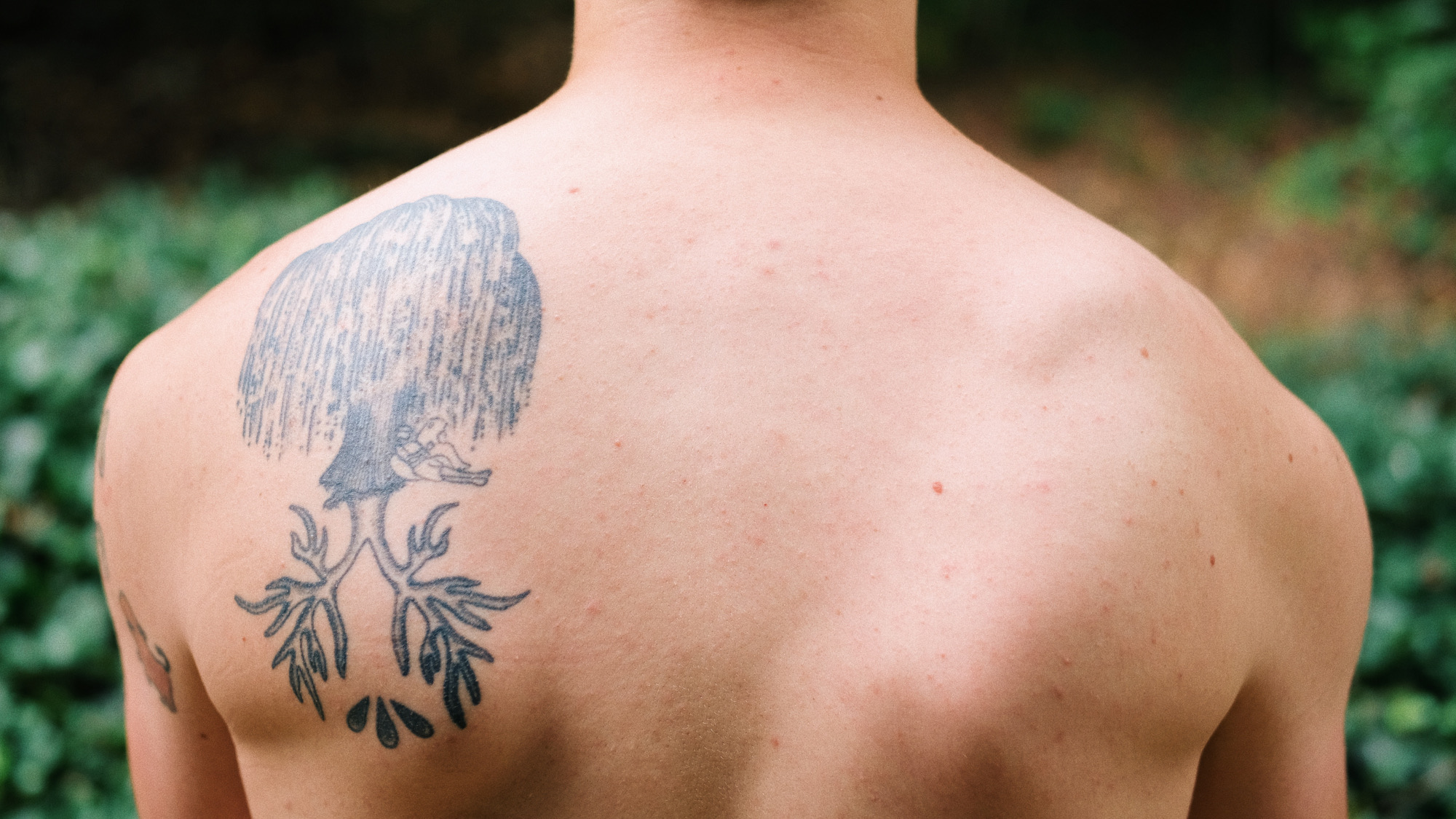 In effect, the illustration is a permanent reminder to keep Yeshua the constant foundation, focus, joy, peace, and hope in my relationship with the precious girl I will be pursuing; it is a reminder of the unsavory times that the idolization of our relationship itself has brought; it is an encouragement to love her selflessly with the same love lavished upon me by the One who created and adopted me—as told in my first two tattoos.